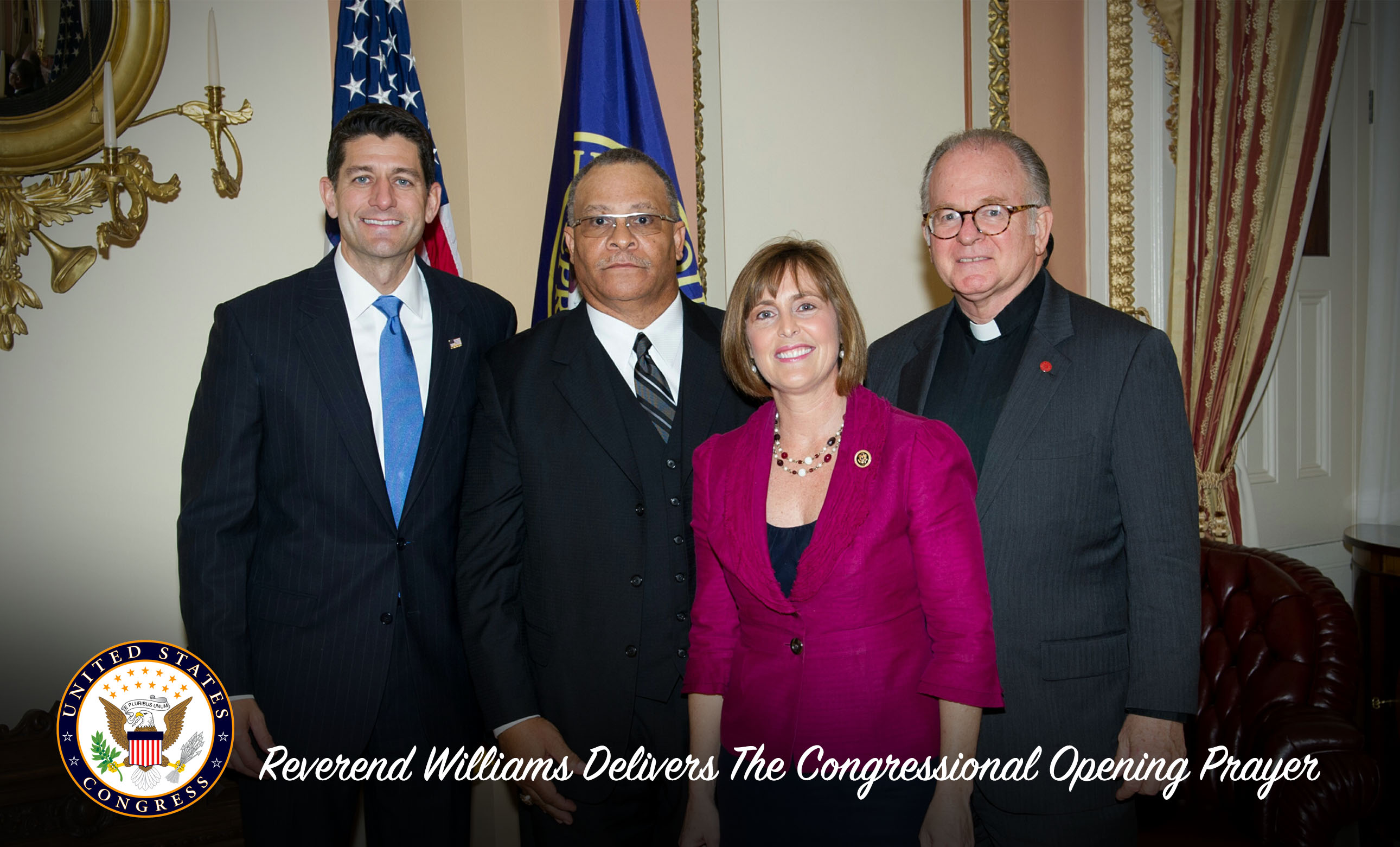 On September 21, 2016 our very own, Reverend Clarence Williams, honorably delivered the Congressional Opening Prayer.  Delivering the prayer is a great honor to whom only a select few have been given the grace to perform.

The Chaplain of the United States House of Representatives, Reverend Patrick Conroy, is chosen to “perform ceremonial, symbolic, and pastoral duties.” These responsibilities include opening House sessions with a prayer or coordinating the delivery of the prayer by guest chaplains recommended by members of the House.

Below you’ll find the transcript from this momentous occasion.

One Minute Speech Given in Recognition of the Guest Chaplain:

Ms. CASTOR of Florida. Mr. Speaker, I rise today to welcome my friend and fellow Floridian, Reverend Clarence A. Williams to the House floor as our guest chaplain.

In 2013, Pastor Williams formed Cross and Anvil Human Services, Inc., a nonprofit organization which works to close the educational, digital, and wealth gap for our neighbors in Tampa Bay. He is a founding member of Men in the Making, a youth mentoring organization; Life member of the NAACP; and board member of the Community Health Centers of Pinellas County.

His unwavering commitment to the St. Petersburg community is displayed daily in his advocacy for education, civil rights, and equal opportunity for all of our neighbors.  He is a native of Bartow, Florida, where he attended Bartow High School, and later Knoxville College in Knoxville, Tennessee. He is married to Mrs. Andrea P. Williams, and they have two lovely daughters. Mr. Speaker, I ask everyone to join me in thanking Pastor Williams for leading today’s opening prayer, and I thank him for his outstanding service to the St. Petersburg community.

Opening Prayer Given by the Guest Chaplain:

Our Father and our God, we are grateful for this Nation, its vastness, its beauty. Truly, we live in a land of milk and honey. Help us, we pray, to protect and preserve it so that its grandeur and fullness always remains.

Finally, we are grateful for our future. Lord, bless the United States of America to be Your champion of righteousness that, supported by Thy powerful hand, we will establish Thy justice among nations and among men.

Source:  Office Of The Chaplain, United States House of Representatives 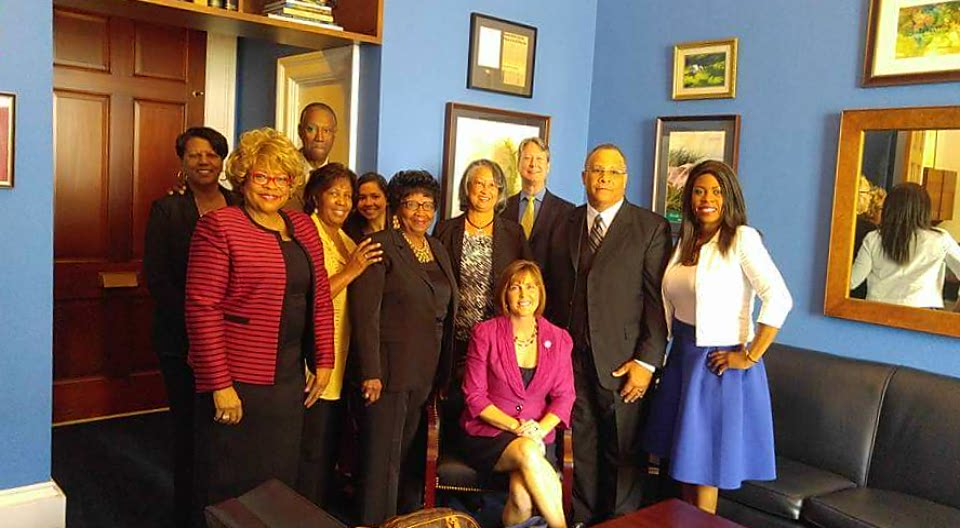 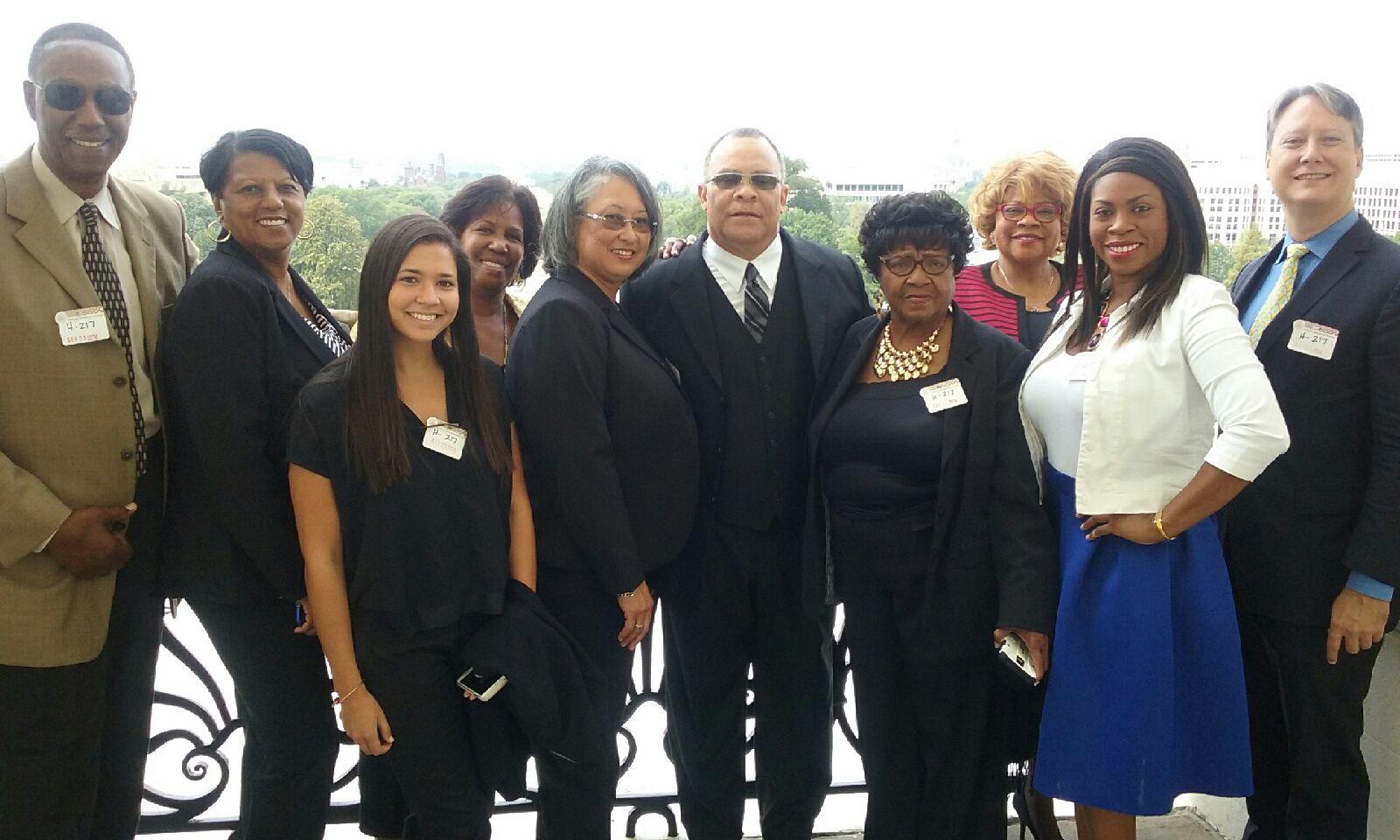 The Bible, the only source of absolute divine authority, will inform you of God’s mind and will for your life (2 Timothy 3:16-17).

That is surely reason enough to study God’s Word.

The Greater Mt Zion Youth Ministry is both youth and family based.  The ministry itself focuses on the youth meaning their families must work to both support and strengthen them in every way possible.  The responsibility for our children resides with the entire Greater Mt Zion family as a whole with several members being specifically tasked with ensuring the specific spiritual needs of the youth are met.

The purpose of the ministry being to bring youth into a closer relationship with Jesus and one another.  At Greater Mt Zion we mentor and guide youth through this time of spiritual formation and help them and their families adapt the teachings of God so that they may develop a deeper committed relationship with Him.

We challenge and encourage youth to commit their lives to God.   Click here for more information about the Greater Mt Zion Youth Ministry.

Mother’s Day is a celebration honoring the mother of the family, as well as motherhood, maternal bonds, and the influence of mothers in society.

Today the mothers and daughters of Greater Mt Zion Church celebrated those golden days when you wouldn’t sleep without your mother’s lullabies. You preferred her company in all the activities you did more than anyone else’s and your life revolved around her. All these changed when you became independent and self-sufficient and Mother’s Day became just a formal event when you presented the wonderful women in your life with a few flowers and gifts.

We live in a world where we tend to forget the value of motherhood. It is time you realize that this day is more special than bestowing her with a few materialistic gifts. So, forget an attractive gift, spend some time or give some thought to your mother and pamper her as she did to you when you were a little kid. There is no other present which is as beautiful as your presence to your mother. Together with your beloved mom, you can cherish the memories of those days when you started your journey together as a mother and child.

To realize the actual essence of Mother’s Day, it is essential to understand your mother. She is the person who carried you in her womb for nine months and introduced you to the greatest gift of god on earth – the life. She made you realize the real value of life by acting as a guiding force and a guardian angel whenever you were left helpless before the thorny path called life. She was always there with a smile whenever you need a moral support and a shoulder to cry. It was only with pride that she could watch your growth and success. It’s for sure that for a child, a mother is its best friend.

For a person, everyday must be a Mother’s Day. Everyday must be made memorable for your mother. Mother’s Day must be celebrated in such a way that the intensity of the emotions and feelings should be in her mind all through her life. It must also be seen as a day to remember and shower prayers on that special person, without whom we would not have been what we are at present. It’s a day when we should recognize her efforts in shaping our life and personality. It is her unconditional and unadulterated love, which made us mentally prepared to face the harsh realities of life. 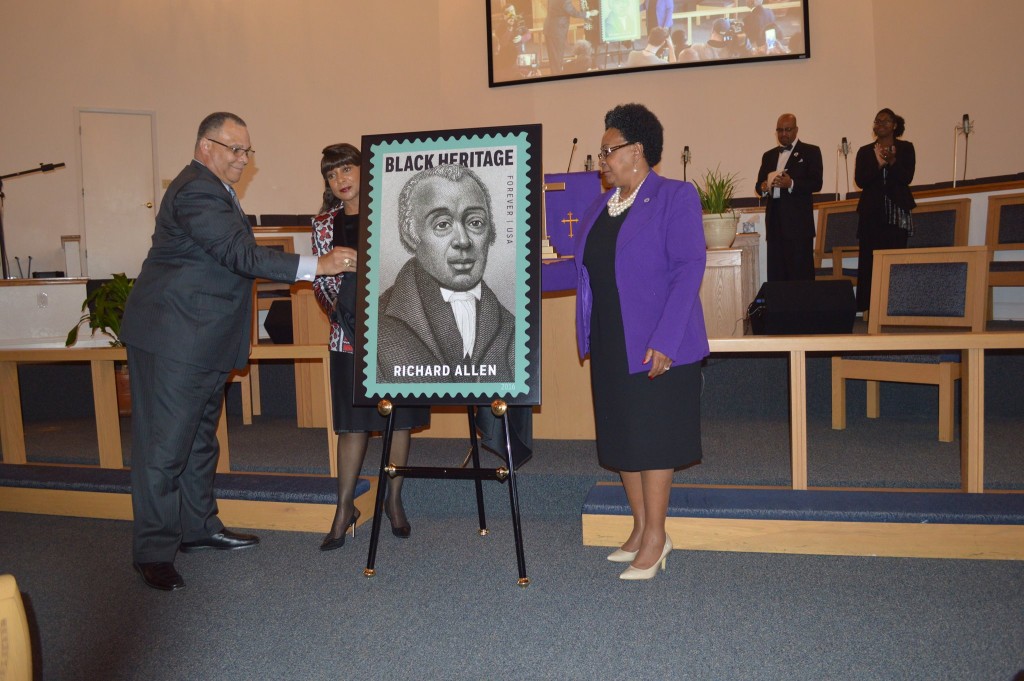 The U.S. Postal Service today kicked off the national observance of Black History Month with the dedication of a Forever stamp honoring preacher, activist and civic leader Richard Allen for his inspirational life and profound contribution to American history. The ceremony was held at Mother Bethel African Methodist Episcopal Church, founded by Allen.

The stamp is the 39th in the Postal Service’s Black Heritage stamp series, which began in 1978 with a stamp honoring abolitionist Harriet Tubman. It coincides with the 200th anniversary of Allen’s founding of the African Methodist Episcopal (A.M.E.) Church, considered one of the most important institutions in African American life, and Allen’s election and consecration as A.M.E.’s first bishop.

“Frederick Douglass and later Martin Luther King Jr., both said that they were influenced by how Bishop Allen seemed to channel a higher power to work through him to shepherd blacks through some of this country’s darkest days. I hope this stamp will inspire every American to learn more about this uplifting man,” Colin said.

Customers may purchase the Richard Allen Forever stamp at usps.com/stamps, at the Postal Store usps.com/shop, by calling 800-STAMP24 (800-782-6724) and at Post Offices nationwide. A variety of stamps and collectibles also is available at ebay.com/stamps.

The stamp art is a portrait of Allen, a detail from an 1876 print titled “Bishops of the A.M.E. Church” from the collection of the Library Company of Philadelphia.

When Richard Allen (1760–1831) lamented the bitterness of slavery, he spoke from experience — but this remarkably resolute and industrious man purchased his own freedom in his twenties and became one of the most important African American leaders of his era.

After making a name for himself as a traveling minister throughout the Mid-Atlantic, Allen was asked to preach to his fellow African Americans at a Methodist church in Philadelphia. He quickly rose to prominence as a civic leader, co-founding an organization to help African American neighbors in need, rallying black Philadelphians to serve as aid workers during a yellow fever epidemic in 1793 and preparing the black community to defend the city during the War of 1812.

Eager to establish an independent African American church, Allen purchased an old blacksmith’s shop and moved it to land he owned at Sixth and Lombard Streets. Bethel Church was dedicated in 1794 and soon attracted hundreds of members, but Allen spent years in conflict with white church leaders who sought to assert their control. At one point, they tried to sell the building out from under him, but as a successful businessman, Allen was able to buy it back at auction. After a campaign that included sit-ins by African Americans and a judgment by the Supreme Court of Pennsylvania, the congregation secured its independence. In 1816, Allen summoned other black Methodist leaders to Philadelphia, where together they founded the African Methodist Episcopal (A.M.E.) Church, electing and consecrating Allen as its first bishop.

Today, Mother Bethel A.M.E. Church stands on the site where Allen converted that old blacksmith’s shop more than two centuries ago. The denomination he founded now boasts more than 2.5 million members. His life — a legacy of determination, uplift, charity and faith — remains an inspiration to all Americans.